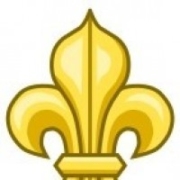 CHINESE COMPANIES IN THE EUROPEAN UNION

Chinese exports to the European Union are increasing  rapidly even  as we speak. In the past, European companies tried to compete, by calling out the Chinese products on being of poor quality. Nowadays though, the quality of the Chinese products has been improved that much, they have taken the “commercial war” to a next level.

The overall growth of the Chinese companies has caused a global “commercial war” and especially in the European Union that war is much more intense. The aim is to actually throw the Chinese out of what is called “the European lake”.

Very often, legal problems arise. These problems concern the accuracy of the “C.E.”, and as a result the import of perfectly legal and high quality Chinese products in a European country is not allowed. In other cases, competitive European companies succeed in preventing  the import of Chinese products by defaming their quality or legal status. Sometimes, absurd legal arguments can be fatal for Chinese imports in the European Union. In the end, free market in the European Union is not so free for outsiders and Chinese companies need help to win this war, because the profit is too big to ignore.

Day by day, the protectionism grows, but so do the potential profits, because the Chinese goods are cheaper and often better than the European ones. Safe, bulletproof contracts and a strong legal representation that assures a Chinese company that it has total control over the European customer base and over the whole active and passive internet sales, that can change the range of profit in both sides, is already very important.

We have been practicing European law for over 25 years now and we represent several Chinese companies since the early millennium. European law and jurisdiction, taxes and protectionism, legal support and consultation, all kinds of commercial contracts, is our area of expertise. We succeed in defending and promoting our clients’ investments and profits inside the European Union by using the whole spectrum of the European legal system.

We operate in Athens, the east entrance of the European Union, so we have experience in all the issues that come up when a Chinese company tries to import its products in the European Union. We always protect our clients and try and find the best solution so that the court process is being prevented. We take care of their interests in advance, by consulting, contracting and defending them against all potential dangers. And if that is not enough, we take these issues and solve them in the heart of the European legal system, the European Court of Justice and the European Supervisory Authorities, so that our Chinese client benefits from the European Union’s Competition Rules.